A bartender is waiting for closing time at his pub so he can lock up, and go home. It’s a slow night and he has no customers.

He hears a light knock at the back door, opens it, and there are 2 nuns there. One says, “Mr Bartender, can we impose upon you for a wee favor?”

“Certainly, Sister, what is it?”

“Well, it’s not for us, you understand, it’s for Father Murphy. He’s suffering from a bad case of the constipation, and the only thing that helps the poor man out is a wee drop of whiskey.”

The other nun continues, “We’d go to the shop, but gossips in this town being as they are, we thought we’d ask you for this favor instead, as we know you’re a discreet man and can keep a secret, as all bartenders do.”

The bartender replies, “Certainly, Sisters, I’ll just be a moment.” He returns and hands them an unopened bottle of some fine Scotch single-malt.

Later, he locks up and starts driving home, and what does he see, but the two nuns, walking down the middle of the road, weaving, and singing at the top of their lungs. He can see the bottle, and it’s all gone except for the last inch or two.

He pulls over and rolls down the window. “Sisters!” he exclaims. “I thought you said that bottle was for Father Murphy’s constipation!”

“Oh, but it is,” one replied. “When we get back, and he sees us in this condition, he’s going to shit himself!” 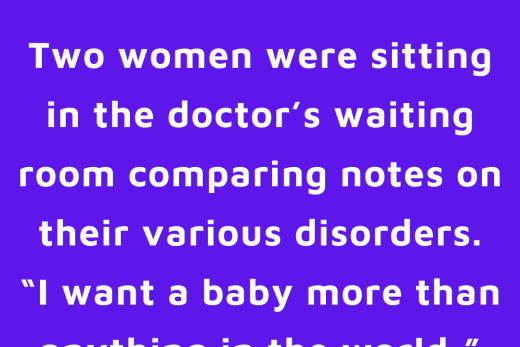 She Wants a Baby 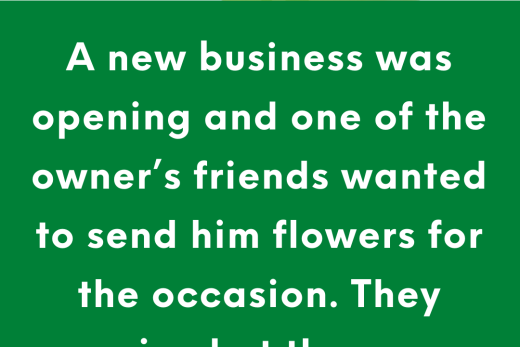 I Can’t Do That, Officer